I recently visited Bruges with my family on a long weekend. Now that Eurostar goes to Belgium in under two hours, those not keen on flying can just hop on the train, and so I organised a trip for myself, my mum (who isn’t keen on flying) and my two brothers.

Bruges is known to be quite romantic and is very small. Although it is a compact place, there is a lot of charm and plenty to keep anyone occupied on a short break to this pretty canal-centered city. 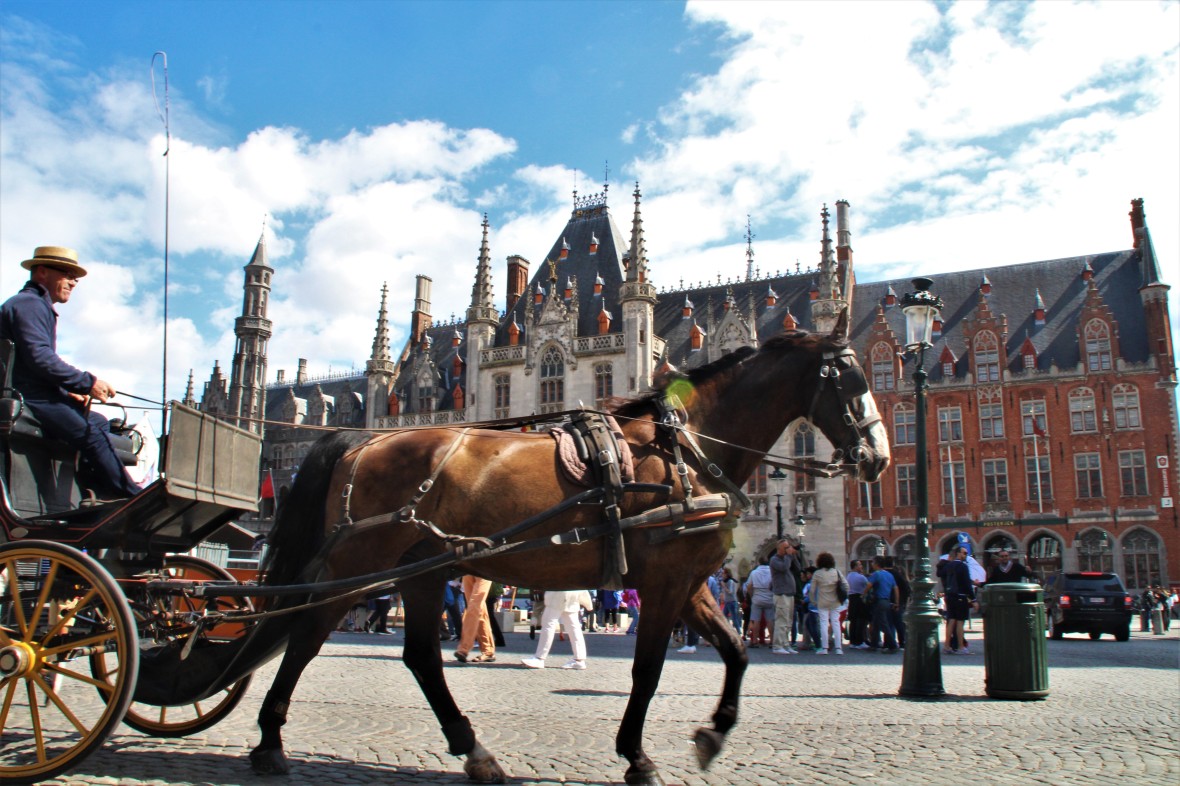 We rented a sprawling AirBNB in the old town and had to retreat inside for the first evening (apart from dashing out for a quick dinner) due to a relentless deluge. So the first night of our trip wasn’t very eventful, but our accommodation was nice enough (I say nice enough – it had three bedrooms, seven beds and a huuuge living room) to chill in.

The next day, we decided to do the touristy thing and go on a canal boat trip to soak up the history of the city. The trip was about 45 minutes long and could be taken from several spots along the main canal. Curiously, some had queues that were ten times longer than others just two minutes further down the canal for the exact same boat trip. We opted for the longest queue we could find, because we’re British.

You get a different perspective from the water, and from the boat we saw lots of interesting things including this beautiful sculpture of a whale breach made from plastic and litter found in the Pacific Ocean from StudioKCA, called Skyscraper. With senses heightened when it comes to plastic pollution right now, it felt very poignant (and current) and I hope its message was felt around the city. As someone who is passionate about this sort of thing, I certainly felt it.

For a late lunch, we stopped off at Cafe Vlissinghe, thought to be the oldest pub in Bruges dating back to 1515. The pub looks tiny when you first walk in, but there is a large garden out the back with covered seating areas, plus another hidden indoor area. The food menu was small but good, and it was tempting to feed the little dog who lives there – the posters telling you not to might just put you off though.

The next day was filled with wandering the pretty streets, getting lost in a huge Christmas decoration shop (perfect for a sunny August afternoon) and trying to find vegan waffles. We found a vegan cafe and I finally convinced my whole family to come in with me for waffles when we were told they were only served in the evening, and not during the day. So sadly I couldn’t have my vegan waffles.

My younger brother and I then climbed up the many steps (366 in fact) of the Belfort for stunning views across Bruges. My mum wasn’t going to attempt to climb it, and my older brother got bored after the long queue didn’t move an inch for ages (we don’t all love queues, I guess).

Bruges is a compact little Belgium gem. Architecturally it reminded me of Amsterdam, although aside from the canals, that is where the similarities end – no red light district here, I’m afraid. If you’re after a peaceful break where you can walk everywhere, sample some moules et frites where they originated, or just soak up the serenity of it all, then Bruges is for you.

Word and photos by Alice Bzowska